When Ram Patel won The Golden Ticket to a free photoshoot with Skot Visuals during the Christmas of 2019, little did he know that this was going to be his ‘golden ticket’ for a life altering journey that was going to bring out a whole new version of himself! Ram signed up to RNT and he lost an incredible 40kgs - totally transforming his body and his life! 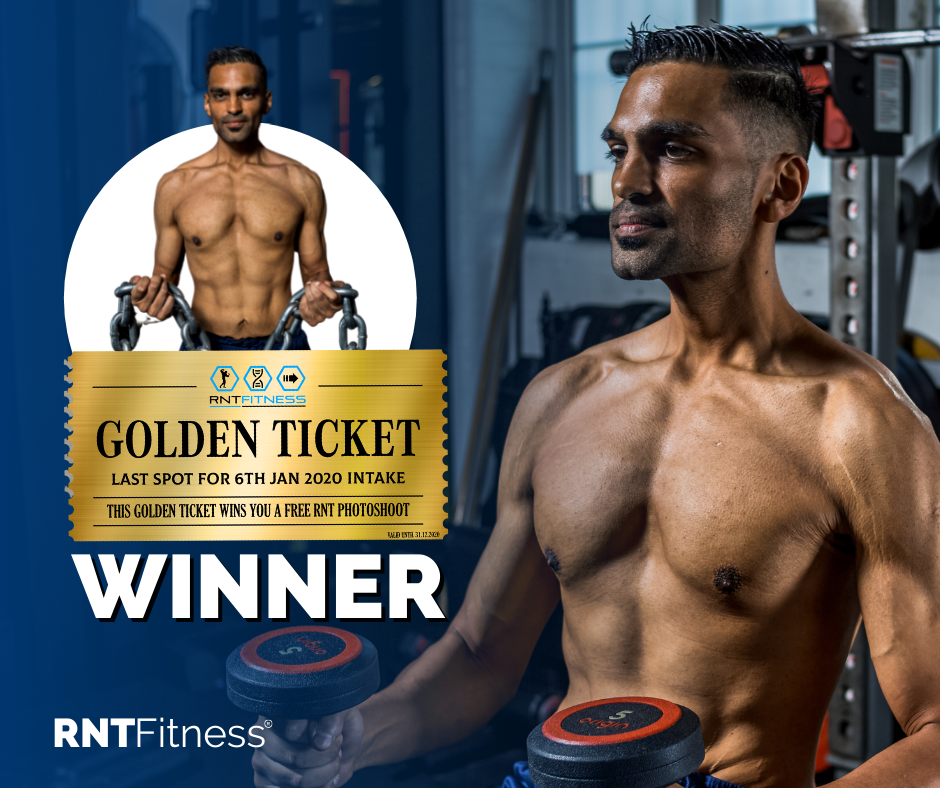 The Need For Change

To really understand the depth of Ram’s transformation we need to go back to when it all started in 2009.

Ram and a group of his friends started a band that played the dhol, which is an Indian drum, at weddings. The group soon got popular and the weekends became busy. Playing at weddings meant there was a lot of rich wedding food that was hard to resist and soon it began to take a toll on both his physical and mental health.

“I began to feel like there were two sides of my personality. There was the outgoing, happy, wedding band personality on the one hand and on the other I felt down in the dumps, like I didn’t know what I was doing. Sometimes on my way to work at the tube station I would find myself staring at the train tracks and thinking… just do it, no one will even notice… and all these freaking crazy thoughts!

I remember feeling so out of sync with people before, always feeling like I didn’t really belong. I didn’t enjoy going out clubbing or doing other things like that and friends would say I was boring and no fun. Work stress was high and the bad eating habits on top of all that didn’t really help.

Luckily in 2015 it was my brother’s wedding and I snapped out of it. I wanted to look good for his wedding so I started some home workouts, like Insanity. I did sign up to the gym but I felt like I was wasting my money as I had no real plan, I had no idea what I was doing, I would just jump onto whatever machine was free. I did lose some weight but nothing significant. I started getting more serious with my training in 2018 and did some home workouts like P90X and bought some weights, which was great as I already had them when lockdown hit!”

Ram had been following RNT on social media for a while and had always been blown away by all the transformations but somehow never felt that it applied to him. His opinion changed when he noticed that someone he actually knew had been through the RNT journey and had totally transformed.

“My mind kept telling me that RNT wasn’t for me, until I saw the before and after pictures of someone I knew. So I decided to send you guys an email and ask if I could sign up. And that’s when I saw the Instagram post about The Golden Ticket to win a photoshoot and I just signed up straight away without even waiting for a reply!”

Ram fell into the rhythm of the RNT journey fairly effortlessly and was actually quite excited to be on a tailored plan. The journey was tough but the gradual build up of steps and the nutritional advice and knowledge helped him make better food choices and steer away from certain foods, like chocolate and biscuits.

Not surprisingly, Ram had to face a few obstacles from his family. The social stigma that seems to be deeply ingrained in the South Asian community when it comes to what they consider to be ‘too lean’ did affect him as well. But with the support of his brother and his sister-in-law he managed to navigate around this and he came out the other side.

Fast forward 18 months and Ram has so much more energy and positivity. All those negative feelings have disappeared. Waking up at 4am which before seemed so hard is now so easy and the extra hours gives him the opportunity to explore various different avenues of interest.

Ram reached his checkpoint and fixed a date to cash in the golden ticket photoshoot that had propelled him down this route in the very beginning.

“There are times when I still feel like I am ‘that fat guy’. At the time of fixing a date of the photoshoot I thought that I wasn’t ready and felt I needed a couple more weeks. And even during the shoot when Shyam showed me a couple of the pictures I couldn’t believe it and I thought, no way, that’s not me!”

The brain takes a while to catch up with the body, it is still programmed to think like the older, heavier version which is why The Consolidation Phase is the hardest and the most crucial phase to make sure we don’t rebound.

Ram found the transition from fat loss to consolidation a bit tricky; he found himself reaching for the biscuits and the crisps now that his calories were a bit higher. It’s a battle that everyone has to go through. But found it within himself to resist and change the behaviour.

Ram is now into The Investment Phase and working hard to build muscle. His motivation to continue on his journey is kept firm by his deeper ‘why’. It keeps him steadfast is his desire to course correct health habits and improve generational health.

“My grandparents moved from India to Kenya and then to the UK. They were hard labourers and had a hard life and their food habits weren’t all that great. High on butter and chapatis and things like that. This passed onto my parents, they are better but they still don’t really watch what they eat. I have two nephews and when they see me exercise they immediately join in and make it a game. We have a large extended family of about 50 people and out of all of them only about 5 of us are living a healthier life. When I posted my before and after pictures on Instagram there were a few people who were inspired to make a change and that feels good. It’s nice to know that I can inspire others to change and live healthier lives.”

That is RNT’s biggest driver - the domino effect that living a healthy life can create. The belief that we can make a difference one transformation at a time.

Ram’s amazing transformation speaks volumes of his commitment and his drive to live a healthier, fuller, happier life.

“If I was to give some advice to anyone about to start on their journey I would say - just remember fat loss isn’t forever, it’s just the first step on your journey. Also, don’t think you can eyeball your food, measure everything you eat and give yourself affirmations to help you stay true to your journey. Use music to get you out of bed at 4am and to keep you motivated in the gym.

And lastly I just want to say that RNT has been a real game changer for everyone! Thank you so much for all that you have done!”

You can hear all about Ram’s journey with RNT Fitness where he dives deeper into all the highs and lows in a conversation with Akash on RNT Fitness Radio. It’s an amazing story and one you don’t want to miss.