Pavan had been harbouring a deep secret for half his life. And as the years rolled on, he felt like his secret was getting heavier and heavier to bear. It had affected his self-confidence and self-belief, it was affecting his relationships and the quality of his life.

Only a close-knit group of 5 friends knew of this secret. They were his safe zone: the only people in the whole world with whom he felt he could be his true self. He had been too afraid to tell his parents and his extended family because he didn’t think they would understand.

Pavan’s secret was his sexual orientation - he is homosexual. It’s a fact that most people would accept without batting an eye-lid; but for someone from an Asian-Indian background it wasn’t as straight forward.

Pavan knew that when he told his parents, he wouldn’t get a favourable reaction, but he was tired of hiding. He was tired of pretending to be someone else.

It didn’t help that Pavan didn’t feel like he belonged even on dating apps.

In an attempt to boost his self-confidence and to improve his chances of meeting someone he could share his life with, Pavan had been training since 2015. But his training was erratic and without structure.

“I would go through periods when I would train consistently and then I would drop off the cliff for two months taking me back to square one.”

Pavan’s self-care would often take a back seat and this also affected his romantic relationships.

“I still have regrets on how I have approached my relationships in the past. I thought I would never tell my parents and so I never pursued them as I couldn’t see how they could actually grow into something meaningful.” 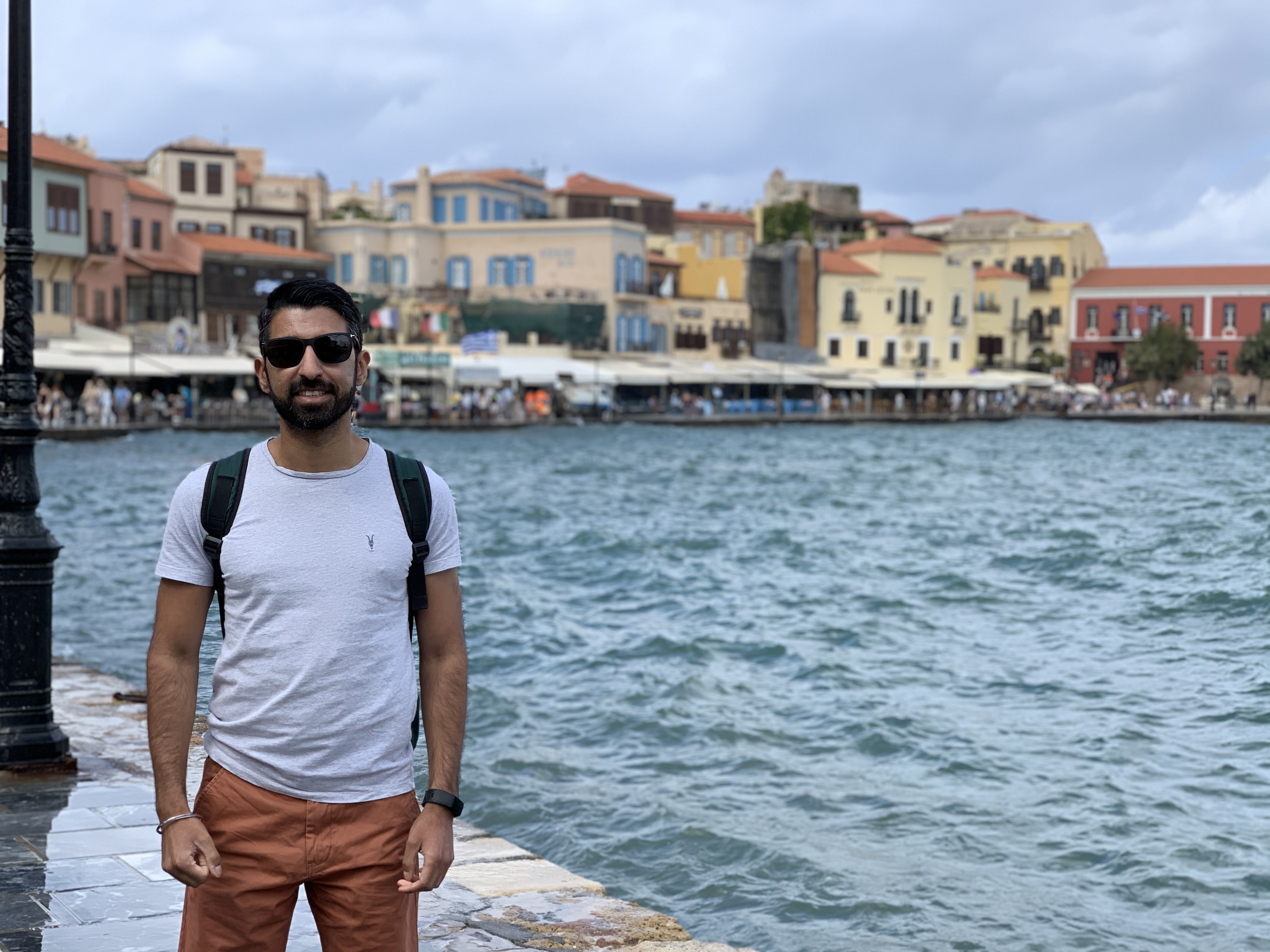 Finding His Voice With RNT

Pavan had almost resigned himself to living his life in this state of despair.

He had been looking for fitness companies for a while in the hopes that he would be able to achieve his dream physique and that could help him feel more integrated in the gay community. But all the companies he reached out to were rather robotic in their responses. He just couldn’t resonate with their methodology.

“When I came across RNT I was really intrigued by the 5 Phase Methodology. I thought it was very interesting and it looked so different from the others I had come across. And when I reached out in Dec 2019, it was so refreshing to get a response from an actual person instead of an automated response.”

Reading all the information and educational material as well as all the case studies really propelled Pavan to sign up.

“The fact that there was so much information available online and it was all free was unbelievable! As I kept clicking on articles, I kept expecting to be asked to create an account and pay for more information, but it never happened. The case studies of all the different RNTers was so inspiring as well. I thought if RNT could work for so many people, surely it would work for me too!”

After a few conversations with Akash and the RNT team, Pavan decided to sign up. After he took the plunge, Pavan realised that he could be truly happy only when he told his family the truth about his sexuality.

But before I started my journey with RNT I realised that the real ‘why’, the true reason I wanted to be in the shape of my life was so I could finally be myself and stop pretending. I didn’t want a life where I was withdrawing from people. I didn’t want to live a life that was devoid of meaningful relationships with people that I love.

In this respect I found the RNT methodology to be almost spiritual. I was doing a lot of introspecting and journaling even before, but starting the RNT journey helped click it into place.”

The RNT process forces you to dig deep and to truly understand your motivations. It was while introspecting and reflecting on this purpose that Pavan found the courage to tell his parents.

“Telling them was the hardest thing I have ever done. When I sat down to tell them, the words wouldn’t come out.”

Although it wasn’t easy to break the news to his parents, Pavan knew that it had to be done. His conviction was further bolstered by the RNT training methodology, which gave him the strength and the insights to plough on after he shared his secret.

Pavan had a few years of training under his belt and he took to the RNT way effortlessly.

“I found it quite easy at first.

I was used to meal prepping - I just hadn’t been doing it consistently.

When I started in 2020, it was during Lockdown and the gyms were closed, but I had all my equipment in the garage.

I knew about the importance of steps so I made sure I was hitting 10,000 steps even before I started.”

Pavan was lucky in the sense that he didn’t get a lot of pleasure from eating certain foods: for him, food was something he had to eat to stay alive. This meant that he found it easy to follow the meal plan given to him.

The Positive Effects Of Training

When Pavan came out to his parents, he was in The Process Phase. The conversation hadn’t gone well and although Pavan had prepared for the worst it wasn’t easy to swallow. He felt defeated, upset and angry. When he woke up the next day he was feeling rather rough.

“The next morning, I was feeling really low but I knew I had to get my steps so I just decided to get up and do them, and I felt so much better. The RNT journey gave me something positive to focus on.”

Strength Of Mind And Body

As Pavan entered into the Investment Phase he realised he had completely underestimated his own strength and capabilities.

“As you start breaking through your pain barriers, your mind starts to believe that you are capable. There is no point telling someone to believe in themselves, their mind has to have evidence of it. As my strength in the gym improved I started to believe in myself even more.”

Initially, Pavan was far more conservative when it came to training but over the coming year his ability to generate intensity continues to grow. This was only able to happen due his ruthless consistency with sharing his videos and taking the feedback on board. Throughout his entire journey, he has shared training videos every week which we know has been a pivotal part of his progress.

This has allowed him to:

Remember, Pavan had been training for a long time prior to coming to us so he wasn’t completely new to the gym which makes the above numbers that much more impressive!

This was evidenced in the way Pavan approached challenges at work.

“At work, my boss resigned suddenly, his sudden exit caused a lot of disruption and there was a lot of pressure put on my team. Prior to RNT, I would have caved under the pressure but this time I was calm and we got through that tumultuous phase quite well.”

This new found confidence and self-belief changed Pavan’s perspective. He was no longer worrying and overthinking every aspect of his life. He was willing to go with the flow and his lifestyle fitness solution was the rudder that was steering him through the vicissitudes of his life.

Through his RNT journey, Pavan’s mind had opened up, which resulted in life-altering epiphanies.

“I realised that my anger towards my parents wasn’t going to get me anywhere. I realised I had to understand their point of view. I realised that when a child is born, its parents have a certain vision for their child and my news had effectively crushed that vision. It was going to take them some time to reconcile themselves to this altered reality and I had to show compassion and empathy for their position. I had to put myself in their shoes and give them more time.”

Pavan believes that if any one else finds themselves in a similar position, it is essential to be prepared.

“Make sure you have a plan for what you are going to do after you spill the beans. Maybe you will need some space after you tell your loved ones so find a safe place you can retreat to afterwards.

Have a think about the language you are going to use, simply saying ‘I’m gay’ will be harder to say than you think it will be.

Don’t do it because you feel pressured. Do it when you are ready. Do it only when you are absolutely ready to deal with the repercussions.

Prepare for the worst outcome. Have a short term plan on how you will cope after you break the news as well as a long term strategy.

Make sure you have people around you who support you, for me it was my friends.”

Pavan’s RNT journey has gone way beyond the physical. It has liberated him from the shackles of carrying a heavy secret and it has shown him that you can achieve anything you want to achieve.

Pavan hopes to build more strength and build more muscle as he progresses into the Investment Phase but he also hopes to finally meet someone he can share his life with.

“The limit you put on yourself is only in your head. Your body and your mind are capable of so much more.

In this episode of RNT Fitness Radio, Pavan opens up and tells us what it felt like to come-out to his parents. He reveals his own inner struggles and how much the RNT journey has given him the courage and compassion to face the repercussions of his announcement. Tune in to hear more about his journey and how he now looks to a brighter and happier future as after 15 years he finally starts to live his life on his own terms. Sexualising Food, Competitive Eating And Taking Ownership Of Your Own Journey How To Stay Lean Over The Festive Season