I’ve never had good control over my weight. It had been a goal to get into shape with visible abs for years, but instead each year if I managed to lose 10 pounds I’d regain 15. Slowly I was getting heavier and heavier and in worse and worse shape. This became the new norm. I remember one Christmas seeing 193lb (87.5kg) on the scale and promising myself next year would be different. Instead, the following year after months of ups and downs I was at my heaviest at 198lb (89.8kg)!

Some major life changes acted as a wake-up call. I was 32, fat, broke, single and back in my parent’s spare room. I knew the way I was living my life needed to change. From my health, my career, the way I was managing my finances, the promises I was breaking with myself, and especially my relationship with food, booze and training. It all needed to be re-evaluated and re-managed. It was time to build myself up into a better man.

After two years of self-development, I managed to re-stabilise my weight at a much healthier 165lbs. I got into a much better life-position, moved to Toronto and bought a condo that I loved.

However, disaster struck on my 34th birthday in July, there was a fire in my condo and I lost everything! So much that I had worked so hard for was destroyed. I felt like I was back to square one. The first thing that I reached out for was the booze! It started to creep back in and with it the weight. I knew I needed a change. I tried to double-down on my fitness and after two failed 6-week challenges where I just ended up in worse shape, I knew I needed help – but who?

I had been vegetarian for 22 years and I had been told previously that I would need to eat meat to be able to really tighten up my physique. I was scrolling through #VegetarianTransformations on Instagram to see if any other vegetarians had managed to get the kind of results I was after. I found not one, not two but four vegetarian transformations with RNT. Not just that, but an amazing library of content, thought-leadership and a multi-cultural, international client-base of busy professionals like me that I could identify with. That night I couldn’t sleep. I knew this was the team that could help me, but with all my new financial worries could I justify it?

I decided I couldn’t. I attempted to reverse-engineer my own transformation using all the amazing free-info RNT provided. Two things eventually changed my mind:

1. I read Akash’s case-study that even Akash needed a coach and hired one for his own prep and training. If an experienced body-builder and coach needs a coach then what the hell am I doing without one?

2. I totally failed trying to do it solo.

It was mid-September and I finally joined RNT and we set the goal to get in photo-shoot shape for mid-December. 12 weeks.

We went for it! At first I couldn’t believe how easy it was. I was doing less training and eating more than ever! Slowly the intensity dialled up. But throughout the process what has amazed me the most is despite training for years and years, I had been doing it completely wrong my whole life.

Over the months, despite the falling macros and numbers on the scale my strength blossomed. When I weighed the same as I did as a teenager my bench-press had increased to a respectable 45kg dumbell in each hand, for reps!

Not just that but slowly my system began to emerge. A transformation needs a system. It takes time and coaching, but once you’ve found yours nothing will ever be the same. The things I had learnt from the podcasts of the other members of the RNT family, especially those who have gone through a transformation like Akash D, Krishan, Tom Hollis and the key practical advice from the other RNT trainers really helped shape my system, create healthy rituals and cement all of this into my new practice.

After 12 weeks my final weight was 142lbs (64kg) and I did a fitness shoot which was something I never thought I could do. It was an amazing experience!

In total I lost 25lb in weight and 18cm off my waist. My strength went up across all key lifts. 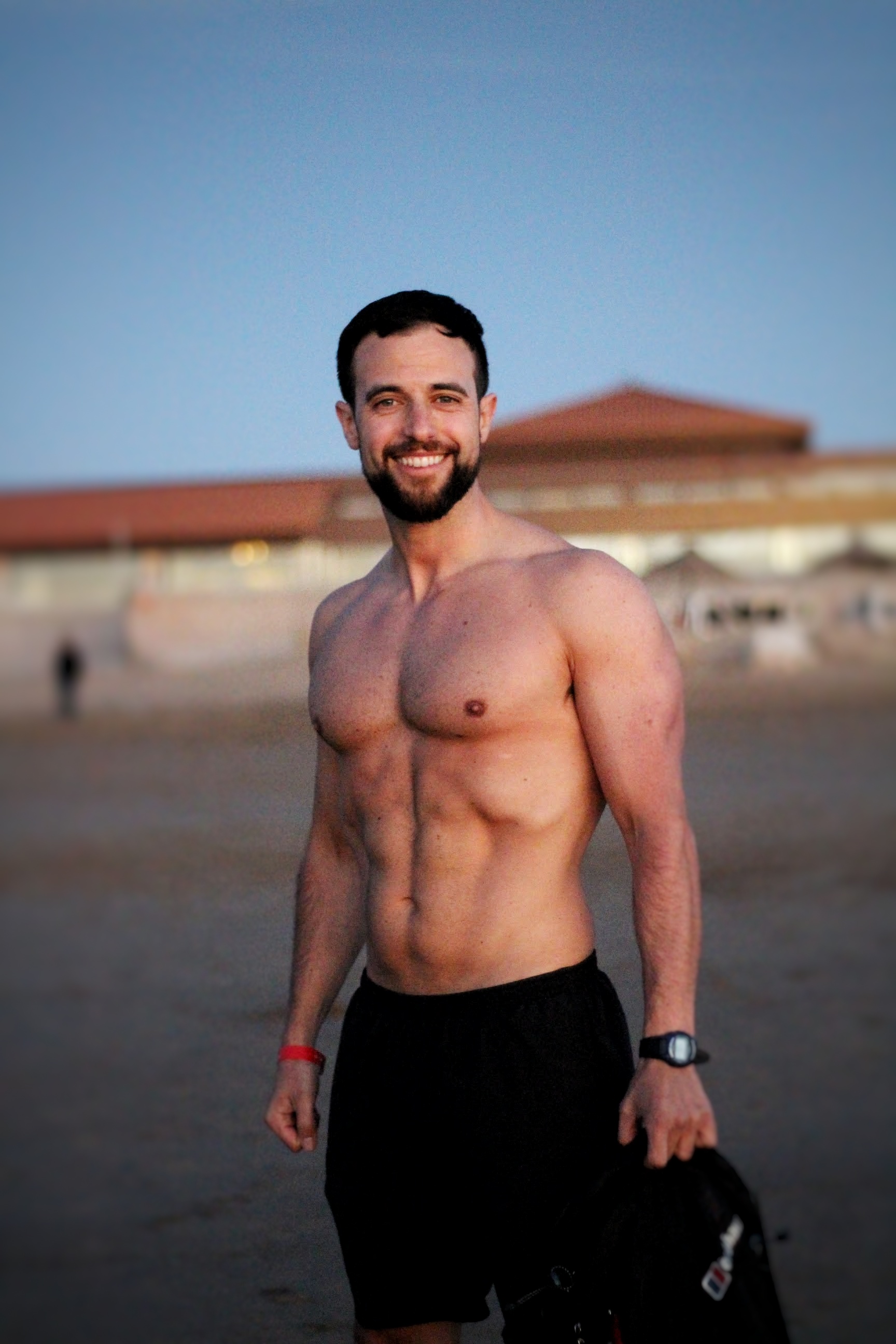 With RNT help this changed the narrative of the year. It brought me so much closer to my girlfriend and made my family and friends really proud of the changes I had made. For me it’s the end of yo-yo diets and it feels like a demon has been slain. Together we created an easy sustainable system which can now carry me forward.

I can now look forward to a life with a healthy physique forever.

If you would like to get a deeper understanding of Tim’s journey and how he got into the shape of his life you can listen to his podcast here. 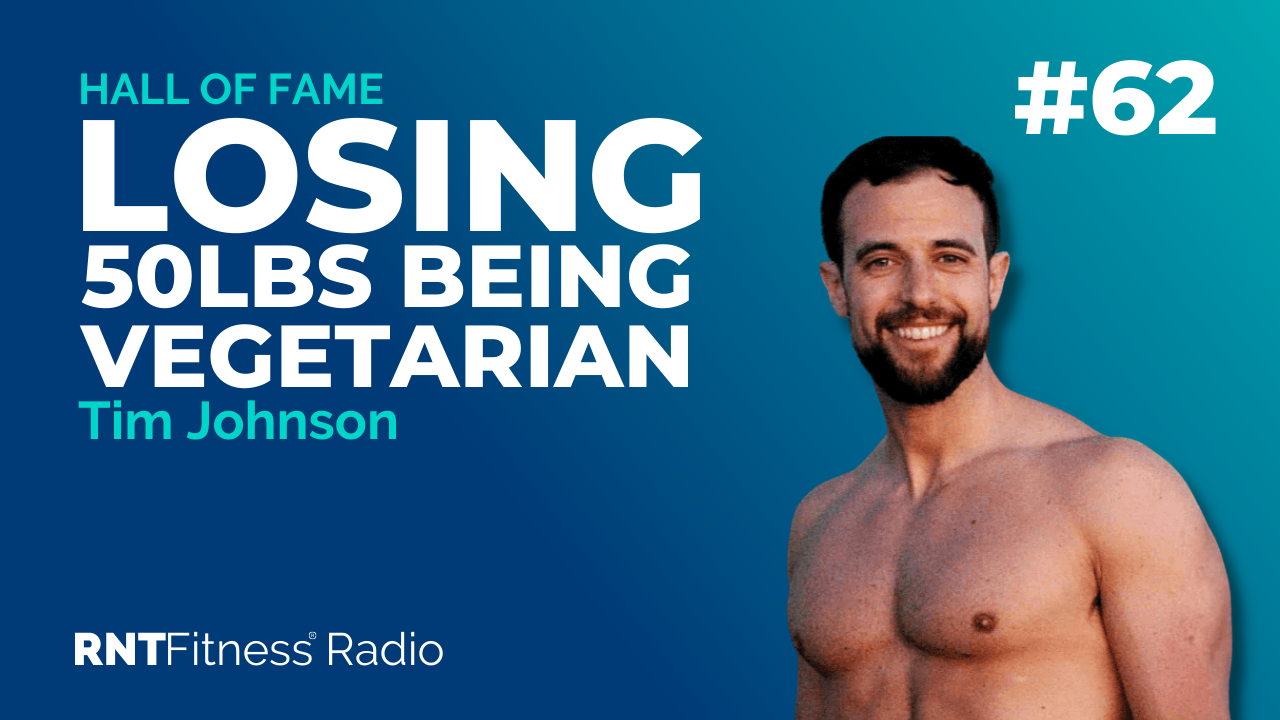 Intensity Techniques For The Natural Lifter