For about 2 years Ella had been trying to fall pregnant.

They had been to a number of doctors but somehow nothing was working. There was no medical reason for them to not be able to conceive, leaving everyone quite baffled. The whole process was draining and exhausting, making her feel like she wasn’t going anywhere, like she was just treading water.

In this Q&A with Akash (RNT Founder) Ella talks about her experiences with RNT.

You can listen to her podcast Episode 234 or you can read on. 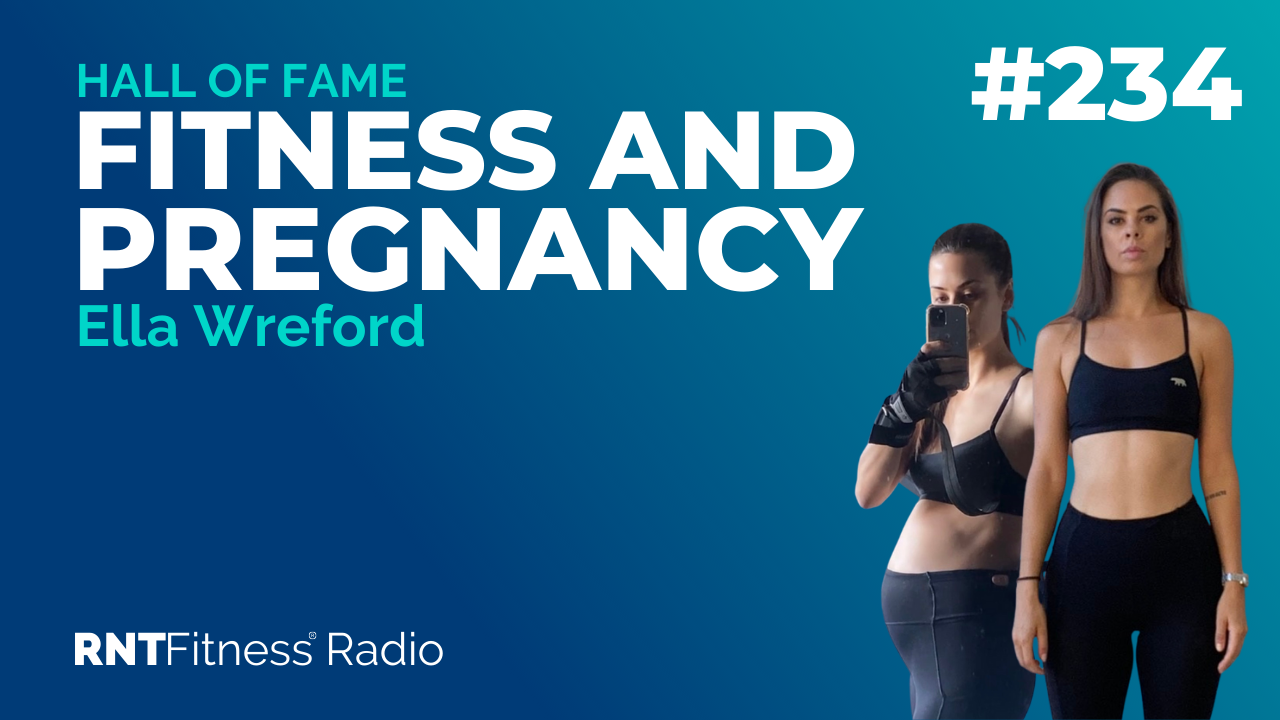 AV - What made you focus on the physical, when you needed a change?

Ella - Well, I have always been quite active. I just wanted to live a healthy lifestyle, which is such a big part of my life. I was consistent with getting to a gym or doing my walks however I didn’t have a plan to follow and there wasn’t ever a goal as such.

AV - How was RNT different?

Ella - Having the plan, and the accountability made a huge difference. At the start I was pretty excited to get into it and I was following the RNT program to a ’T’. I was so ready for something to focus on, something positive.

Visually I could see the difference. I wasn’t overweight to begin with, my weight was staying pretty much the same, but my body composition was changing. Later on, when I was looking through the pictures and seeing the changes, it was so surprising!

I figured out with RNT pretty early on what made me feel good and I just kept on doing them. I had my non-negotiables in place. If I ever missed out on my morning walks, which was so rare, my day was just so different.

Also with nutrition, I realised that I was being quite heavy handed with olive oil, I didn’t realise I was adding about 200 calories just by adding a lot of olive oil to the salad dressing.

More importantly, I learnt not to let one big meal snowball into many over the next few days. If I went out for dinner one evening, the next day I was back on my plan.

AV - Let’s discuss the fertility angle, most people don’t choose to focus on fitness and nutrition. There is a lot of conflicting advice around the dos and don’ts. What were the myths that you busted?

Ella - It was quite frustrating initially, we heard so many different things from different doctors. In our instance, no one really did know! So with respect to training, they did say to us, training wasn’t so great if you wanted to fall pregnant. But prior to RNT I was doing F45, around 2 HIIT sessions per week. It was far more strenuous on my body than what I was doing with RNT. I found that my technique wasn’t all that great and I felt quite sore in my lower back a lot. I wasn’t feeling so great doing those classes. With RNT I felt stronger, I thought it was benefitting more than the opposite! Cleaning up my diet and having a better headspace was only benefiting me.

AV - What happened next, when did it actually click?

Ella - I was with RNT for about 6-7 months and then I fell pregnant, which was super exciting. But after a few weeks, we had a miscarriage. In a way, RNT was very helpful for me at that time. I was looking at the positives rather than the negatives. I was emailing the team about this and they were so helpful about it. I always look at the glass half-full, in this instance I was just happy that we had actually fallen pregnant! Rather than derailing and getting exhausted, RNT was an anchor.

After about 6 months of hormone injections, we were about to do IVF, we had spent a lot of money and time and energy and I was so exhausted. So we wanted to take a month off before heading down the IVF route. And that’s when I got a call from the clinic where I was still getting my blood work checked. And she told me I was pregnant! I was gobsmacked! I managed to fall pregnant on a normal cycle! 3 years of trying and it happened!

At first I was a bit hesitant to keep up my training. I spoke to my husband and the doctors and they all said I could continue to do what I was already doing before. I think not training would have done me more harm than good. It helped me mentally and it started my day right.

AV - How did you train during your pregnancy?

Ella - First 14 weeks I was quite nauseous so I wasn’t feeling so great, I probably skipped 2 sessions. We removed some exercises and we dropped the sets from 4 down to 2 or 3 sets. I also wasn’t progressively overloading with the weights. I stopped the cardio as well in the beginning as I was just feeling too sick. But in the 2nd trimester I felt pretty good so I restarted the cardio and increased some of the sets as well. I did miss pushing myself as I love to get a good session in, I just had to accept where I was at the moment.

AV - How was it on the nutrition side?

Ella - I was feeling quite sick initially so I did struggle a bit. My usual protein is chicken and fish, and I just couldn’t stomach it. I kept my calories the same, I increased the carbs and reduced the protein. After about 12 weeks it got better. I have never felt food aversions like this before!

AV - Were you on maintenance calories, or investment calories?

AV - Did you break the myth when you are told to eat for 2 people?

Ella - I was definitely not eating for 2 people! My doctor was great, I wasn’t showing a lot and people did comment asking if my baby was a good size. But I was told that they don’t go by weight anymore as everyone is different. Everything is measuring to size and she didn’t ask me to increase calories.

AV - Why do you think more women should embrace strength training?

Ella - Each to their own, but when I compare the classes I used to do I feel so much better now. I feel so much stronger. I really love it when I get a great workout. A lot of people have that image in their head that weight training will make them bulky but it really doesn’t. Also, the diet that goes along with it they find challenging, the way I approach food now is so different, thanks to all the education I got from RNT.

Ella - It depends on how the birth goes. But I hope after 6 or 8 weeks I’ll be able to get back into it. I’m looking forward to tightening up a bit and getting back to my pre-pregnancy shape. I have learnt from my coach to be more satisfied. I definitely feel like I have listened to my body more, and not being so controlled and so strict. After all life is a balance. Having a bit more flexibility around food after the birth will be nice.

AV - How has the physical been the vehicle for you?

Ella - Figuring out what my non-negotiables were has been how the physical has been the vehicle for me. I definitely think that knowing what works for me makes such a huge difference. I have a much better handle on what I like to do and how I like to live my life, I have much better control of my day. I used to say ‘yes’ to things I really didn’t want to do and now I just say ‘no’.

AV - If you were to give one tip to a listener before they start on their RNT journey, what would it be?

Ella - I would say, ask all the questions and get all the knowledge you can, that really is the biggest thing.

RNT is definitely one of the best things I have ever done. I would recommend it to anyone. I am so glad I made the move and joined RNT. Can’t imagine my life without it, to be honest. 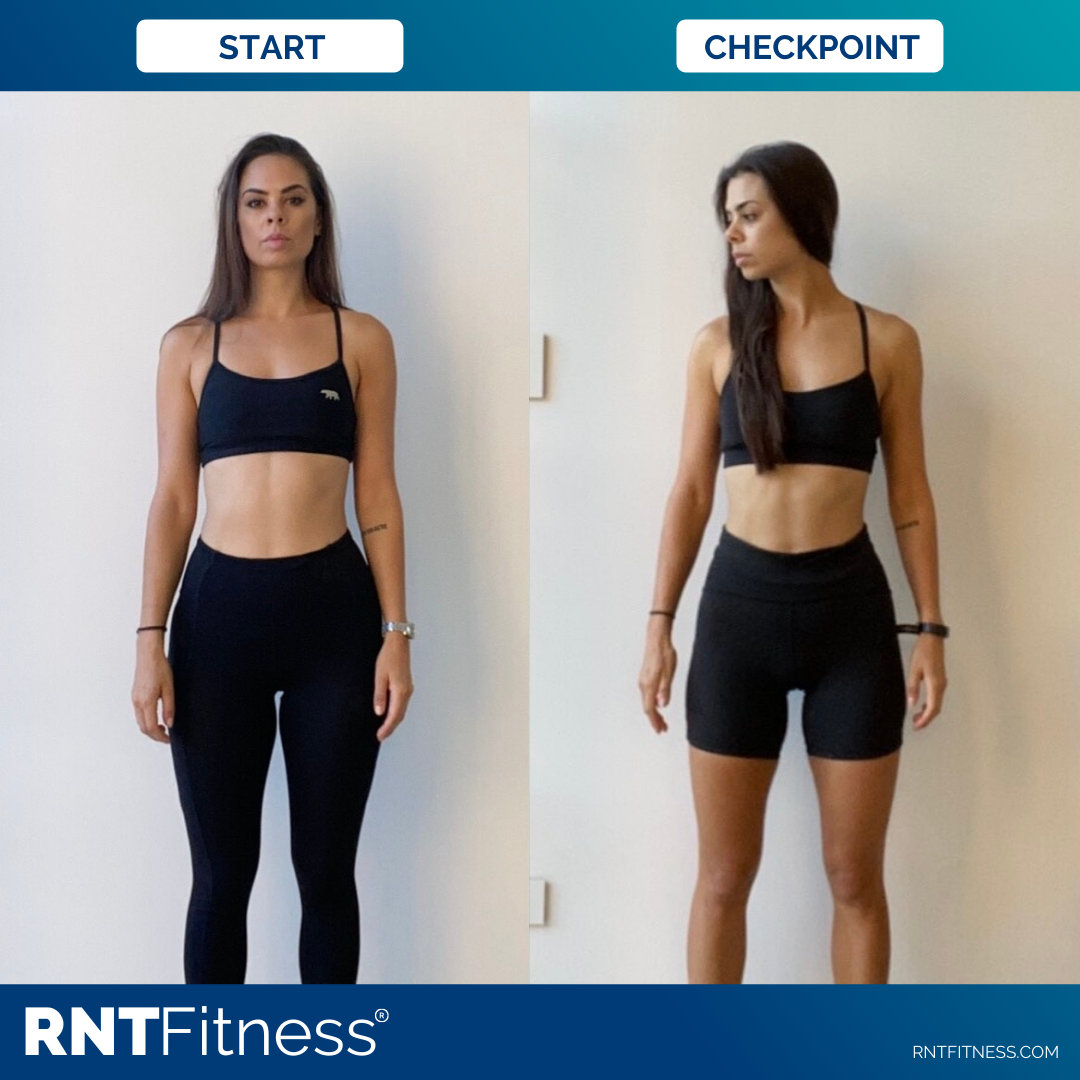 The Art Of Saying No