Successful Lawyer Dipak Vaghela, Gets Into The Shape Of His Life At 62 Years Young On A Plant-Based Diet. 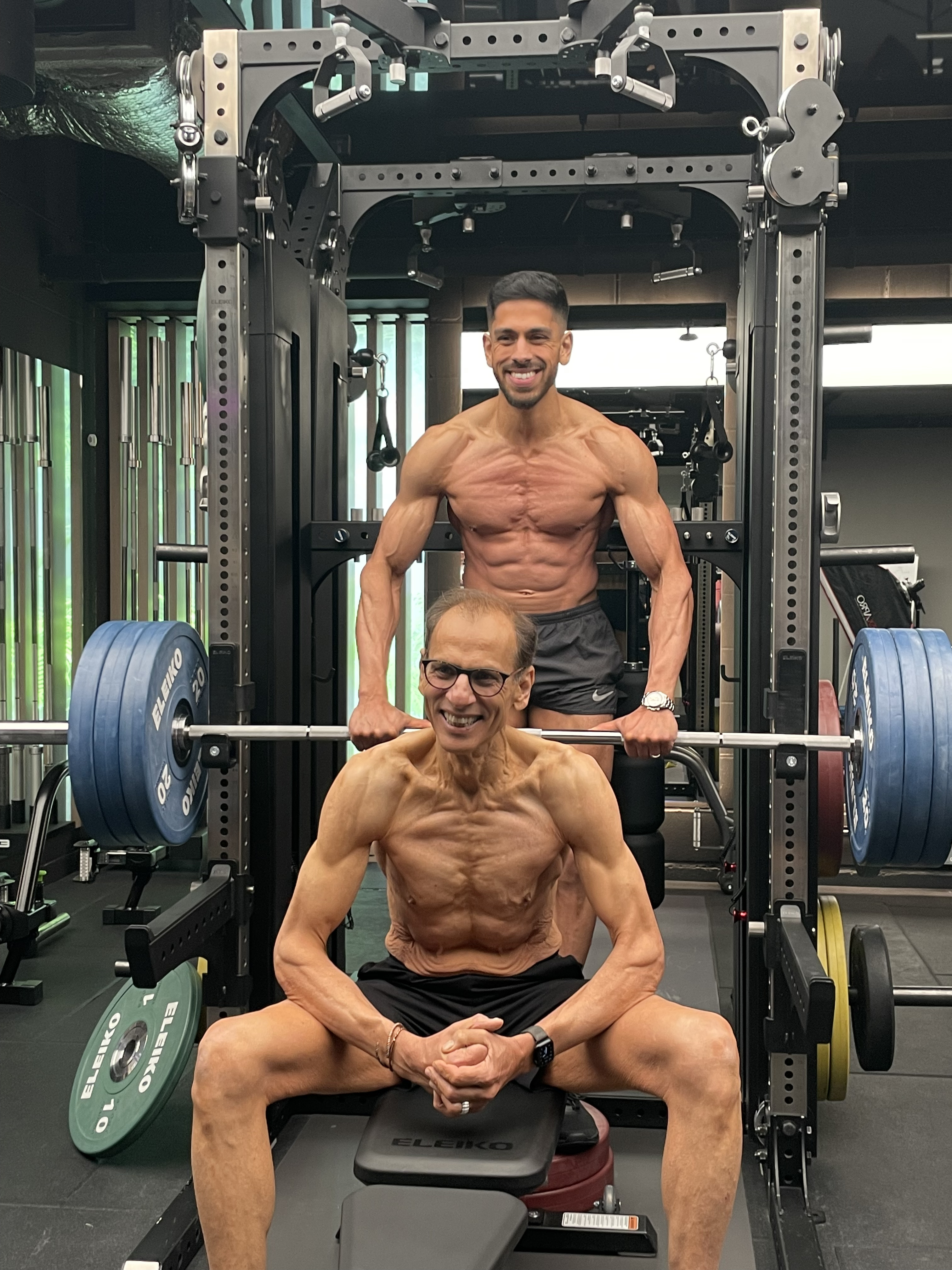 Getting shredded at 62 years young is not something you hear very often.

Most often, men and women who hit the age of 60 seem to just accept that the best years of their life are behind them. They have completely submitted to the idea that the only way to survive the rest of their lives is with a well stocked medicine cabinet and your doctor on speed dial.

Dipak Vaghela is not one of these people.

He did not want to go through the next 30 odd years of his life being dependent on medication for every body function.

When he was on the cusp of turning 60, Akash (RNT founder) convinced him to sign up.

Akash’s mum and sister were on their own RNT journey so together they decided to support and encourage one another as they worked towards looking, feeling and performing their best.

The results were incredible! Dipak and Divya Vaghela didn’t just drop pounds, they also dropped all myths around being in top physical shape after 50! 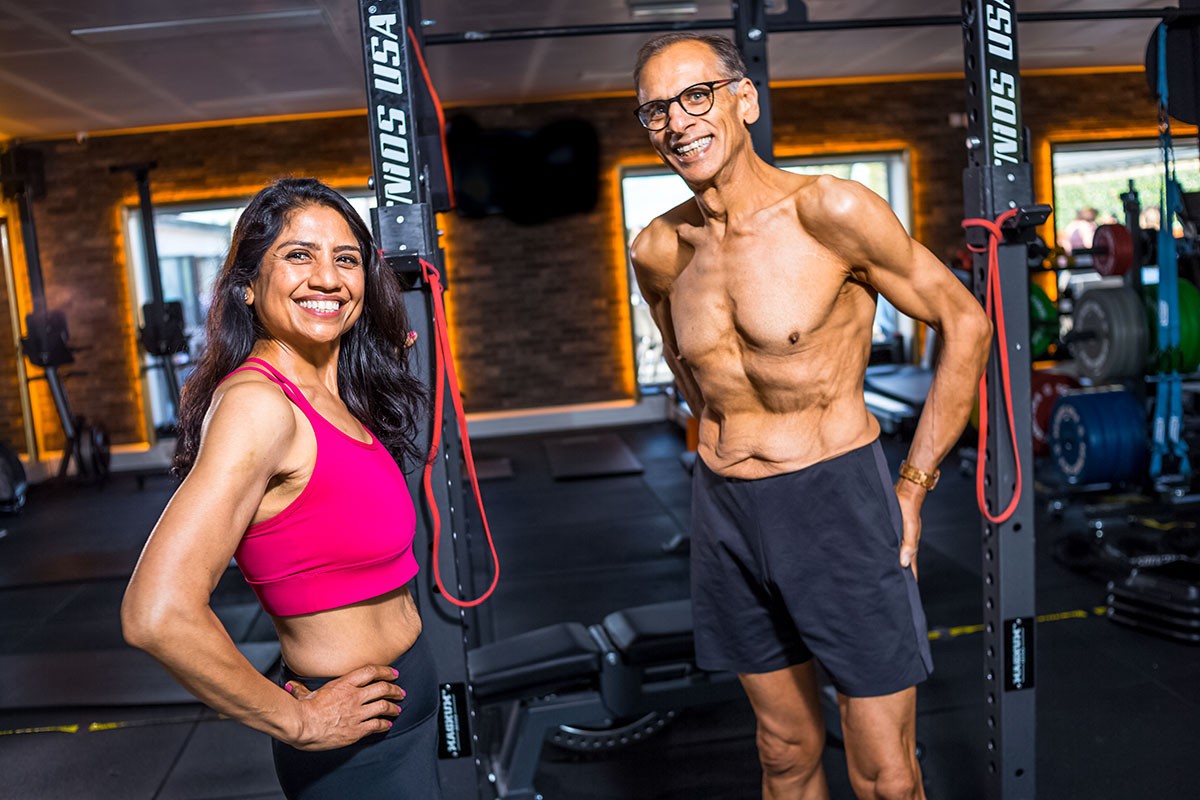 “When I started my RNT journey in Jan 2020, I was about to turn 60 and Akash told me quote-unquote that it was time I got my act together. The truth is I had been resisting for a while; he had been asking me to live a healthier and more active lifestyle for a long time but I always found reasons to resist. But when Akash’s sister, my daughter, decided to start her own journey I thought I would join her and support her.”

What started as a father supporting his daughter on her journey quickly transformed into his own personal journey towards optimum fitness.

“I am a much better person now after RNT. I’m more confident, more alert and I generally feel so much better. This process gave me so much and it was something different everyday!”

You can read more about Akash’s parent’s amazing transformation on our website :-

Two years after getting into the shape of his life, Dipak decided he wanted to do it again.

After Dipak’s amazing results the first time around he was eager to see how much stronger he could get. Akash was pursuing his goal of getting shredded on a vegan diet (check out his series Road To Vegan Shredded) and Dipak felt like he was ready to up-the-ante and see if he could build more strength and muscle on a predominantly plant-based diet.

“We have a huge family history of heart disease, cholesterol and blood pressure and while I know that there may be no escape and I might still have to face those challenges I now know that with my health under control then I will be able to face those health concerns better.”

Dipak was also keen to see if the two years he had spent creating his own unique lifestyle solution would give him the tools he needed to do this on his own.

“The first time around I had a guide and a mentor with me every step of the way. I wanted to see if I could achieve that again on my own steam with just some guidance from the RNT coaches.”

Akash and Dipak started their journey together and the thought of having a father-son photoshoot was very appealing.

“I can think of no better way to celebrate this personal achievement than by having a joint photoshoot with Akash. It was very important to me and I wanted to achieve that.” 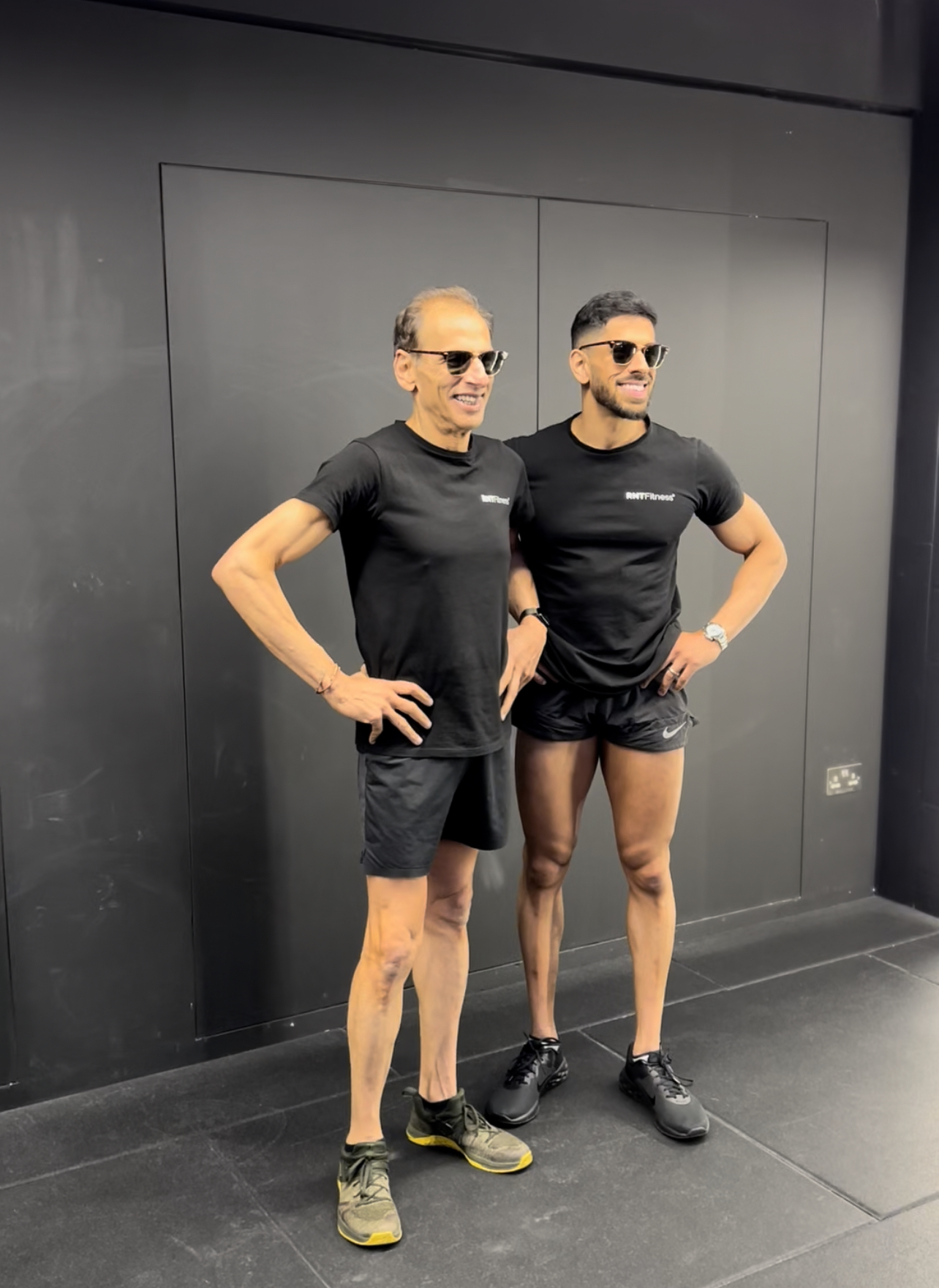 Over the course of the past two years, Dipak had his 3Ss (Structure, Strategy and System) in place. This meant that it wasn’t too hard to start on his new programme.

His training program was mostly the same. The real change was that his protein sources were tofu, tempeh, lentils and beans. He did continue to include yogurt in his diet plan, so he wasn’t totally vegan.

“I decided to drop meat from my diet and switch to being vegetarian. I didn’t have eggs and I dropped most of the dairy except yogurt. I wanted to do it with Akash and also wanted to see how much my health would improve if I tried it. The one thing I have learned from this journey is that when you challenge yourself you will be surprised how you rise to that challenge.”

This time there was less resistance from the extended family. They had seen him go through the journey once and now they saw the value in it and understood his motivations.

“I was still waking up at 5am to get my training and steps in and I was still meal-prepping, it wasn’t too much different from what I had been doing these last couple of years.”

Dipak hopes to inspire other men and women in their 50s, 60s and 70s that it’s NEVER TOO LATE. The hardest part is taking this first step, to commit to making that change.

“If you can believe that you can do it and if you have the internal drive to live your best life, you can achieve it at any age. As you walk this path you realise that achieving a certain weight isn’t the end goal, it is more a milestone and when you reach that milestone you look ahead and see that the journey continues on. There is so much satisfaction in knowing that you are going to walk that path looking, feeling and performing your best.

When I hit my checkpoint weight of 63.7kgs I felt amazing. My waist size at the end of my first Checkpoint in 2020 was 81cms and today it’s 78! I don’t remember the last time I was this size!”

As Dipak said, his journey continues, he hopes to continue to build muscle and strength so he has the energy and the drive to live his life to the fullest.

“My next goal is to execute a complete circle of Skin The Cat. I can go the first half and I want to be able to do the next. That’s what I’m working towards now.”

Watch the YouTube documentary with Dipak, where you can see a glimpse of his skin the cat!

In this episode of RNT Fitness Radio, Akash sits down with his dad to talk about the highs and lows of his journey.

In this podcast Dipak says, “During the photoshoot, I heard Shyam the photographer tell you (Akash) that he knew where Akash got his back from. And for me hearing that was the ultimate compliment. We are told that the apple doesn’t fall far from the tree, but the opposite is also true, the tree doesn’t grow far from the apple. It’s incredible to be inspired by your children and we can learn so much from them.”

Dipak’s journey is inspiring, incredible and shatters so many myths and one that really shouldn’t be missed. The Ultimate Guide To Reverse Dieting And Avoiding Fat Regain